Recently I was asked about the process of getting one’s creative thoughts from mind to paper. It’s a great question. Perhaps it’s a process of not thinking too much, to keep it simple and make it a subtractive process. Don’t worry about grammar, spelling or punctuation. Don’t think, get logical or self-edit. Just write. First […]

I’m going to share more of  Jim Taylor’s insight on “Eight Step Editing” because I have the same belief  as he does about low energy verbs. I’m sure it doesn’t sound like the most riveting subject; however, this insight may be key to improving one’s prose. Verbs provide the energy in any sentence. Nouns, by […]

Last month the Editors’ Association of Canada (EAC, Vancouver Chapter) offered a one-day seminar on “Eight Step Editing,” a systematic way to make documents more readable, hosted by Jim Taylor. It was excellent. In recognition of his contribution to the profession, Taylor was made an honorary life member of the EAC in 1993. He retired in […]

2014 and Living in Creation

It’s a new year and a time when many look at their life situation and consider initiating something new.  It could be related to one’s health, living situation, personal finances or any other area that appears to need some attention. In his book Living in Creation, Dhyan Vimal asks his readers to ponder, “Am I […]

What is an Editor?

At last month’s Editors’ Association of Canada meeting (Vancouver Branch) the need to create more awareness of just what an editor does came up for discussion. Due to that meeting, I’ve opted to re-post some information that I hope will be helpful. The function of an editor is to read every line with care and attention, […] 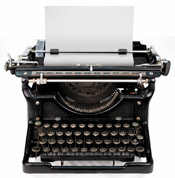